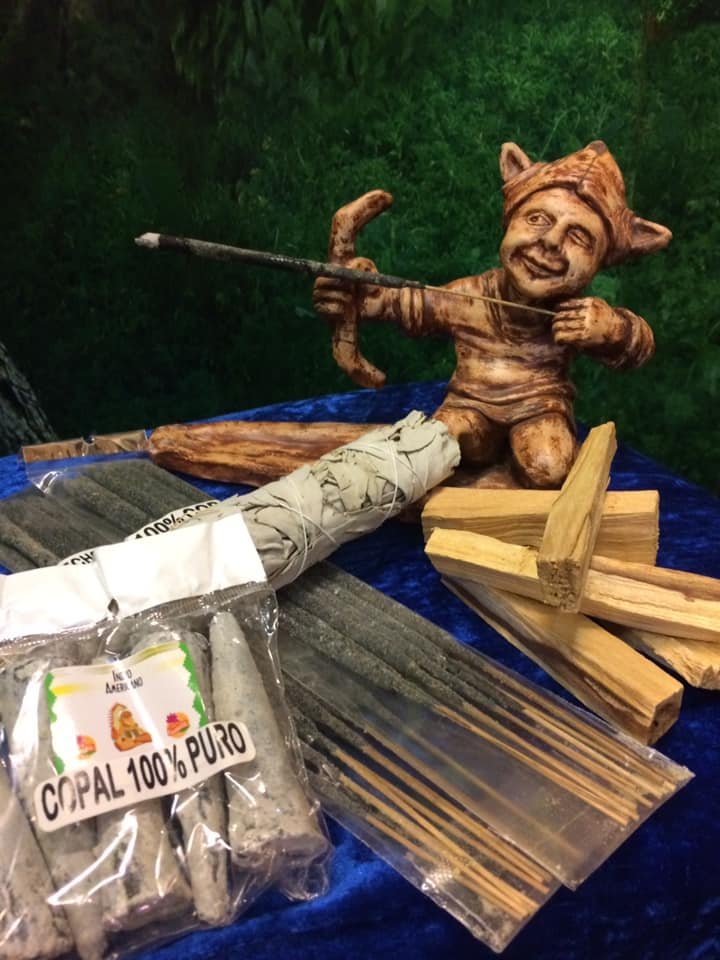 Sacred Smoke, it’s such a great cleanser; here at Wildwood we smudge the shop every morning with White Sage, we offer Copal to Anubis daily and we cleanse our auras with Sage or Palo Santo.
White Sage ( Salvia Apiana) also known as Bee or Sacred Sage is an evergreen perennial which grows primarily in South Western America, North Western Mexico, the Sage Coast Scrub of South California and the Western edges of the Majava/Sonovan desert.
Copal from the Protium Copal tree (of the Burseracae family, Frankincense, Myrrh and Palo Santo also belong to the same genus), was burned in the ceremonies of the Pre-Columbian Mesoameric peoples. The word Copal comes from the Nahuati language and is their word for Incense.
Copal was greatly used in the sweat lodge ceremonies of the indigenous Mexican and Central American tribes.
Copal has a sweet, woody, lemony scent slightly less pungent but not dissimilar to its cousin Frankincense.
Palo Santo or Sacred Wood has a warm, clean scent of pine, lemon and mint and has been used for centuries by the indigenous tribesmen of the Andes for spiritual purification and energy cleansing. When the wood is burned it is believed to dispel negativity and restore tranquility and calm.